Back To All Articles

7 Silly Hashtag Mistakes No One Should Make

Hashtags were initially introduced to Twitter to make it easier for users to keep track of certain types of content on Twitter and find the people and topics most relevant to their interests. Today, hashtags have become a cultural phenomenon — they’re on almost every social network and used in everyday conversations.

While hashtags are fairly widespread, lots of marketers still aren’t using them properly. Simply including a hashtag in a tweet does not ensure that it will be successful — it’s a bit more strategic than that.

To help avoid making silly hashtags mistakes in your own marketing, let’s take a look at the top ways people and companies use them wrong. If you’re currently doing some of things on this list, it’s probably time to sit down and rethink your hashtag strategy.

1) Your hashtags are too long and confusing.

The purpose of creating hashtags and including them in your tweets is to encourage other Twitter users interested in the same topic to contribute to the conversation. Since you are only allotted 140 characters on Twitter, if your hashtags are too long, other Twitter users will not have enough room to add their own content to the tweets … which could actually discourage them from including your hashtag altogether. So if you want people to use your hashtag, keep it short, sweet, and memorable.

Since hashtags are often used to increase engagement with brands and/or to grow awareness about a particular event, a hashtag is only useful if people know that it exists. As a result, if you are looking to use a hashtag in connection with a specific campaign, it’s a good idea to promote the hashtag in any related marketing materials and channels. Without that extra promotion, no one will know which hashtag you’re using — or if there’s even a hashtag in the first place.

3) You don’t consider if/how people are already using the hashtag.

It is important to do a search to see how a hashtag is already being used on Twitter before you include it in any of your tweets or build a campaign around it. Depending on what you find, you may need to revise your hashtag.

If there is a lot of conversation around a hashtag already, you might want to consider selecting a hashtag that is not as popular. That way, you can make sure that the conversation surrounding the hashtag will not become diluted due to an influx of unrelated tweets and/or audience members.

The other reason to search for a hashtag before including it in any tweets is to avoid getting yourself into trouble by using a charged hashtag that already has a specific meaning attached to it — which brings us to our next point.

4) You try to jump on popular yet sensitive hashtags.

Just don’t try to use other popular and sensitive hashtags to promote your own stuff. It doesn’t end well. The extra exposure will not be worth the backlash and outrage that you will garner.

As a general rule of thumb, no matter how clever you may think you’re being, if you find yourself typing out a hashtag that is tied to discussions of negative news, stop what you are doing and get off of Twitter before you do something you’ll regret. Hijacking a negative story’s hashtag may get you noticed — but not for the right reasons.

This tactic can result in your account being filtered from search or even suspended. Even if you don’t receive punishment from Twitter, these types of behaviors will not make you successful. You’re not getting your tweets seen by the right people — you’re just spamming a trending topic. People will not want to engage in the conversation if they see that you are just spamming and looking for quick returns rather than having meaningful interactions with them.

6) You’re using too many hashtags in your tweets.

You don’t want to include every relevant hashtag you can think of in your tweets. Hashtags help make it easy for your target audience to find and join relevant conversations surrounding a specific keyword or phrase. So, you should look to select the one or two hashtags that best relate to the content of your tweet.

In fact, the effectiveness of your tweet decreases when there are too many hashtags in a tweet. According to a HubSpot study, posts with two hashtags receive the greatest percentage of retweets, and that percentage starts to decrease for tweets with three or more hashtags.

The moral of the story: fewer hashtags can get you better results.

7) You don’t consider the way your hashtag may be used negatively.

Twitter can be a snarky place — and as a result, it is really important to consider all of the ways that a hashtag could actually be used before creating a campaign around it.

Once a hashtag is created, how the hashtag is actually used is determined by the Twittersphere — regardless of the creator’s initial intent. Many companies have failed to consider the negative ways their hashtag campaign could be spun or used to inspire negative responses from Twitter users, and paid the price in the form of hundreds of negative tweets about their brands using the promoted hashtag.

So always make sure to gut-check your hashtags with someone outside your department or company — it could save you from being embarrassed down the line.

What other Twitter hashtag mistakes have you come across? Share the most egregious with us in the comments.

Written by Sam Kiusinitz (Sam Kusinitz is an Editorial Assistant at HubSpot and a recent graduate from the University of Michigan, Ann Arbor.)

Importance of Keyword Research for SEO

Search engine optimization (SEO) is an important part of any

From March 24th 2022, Australians will be able to purchase

A Tour of the Latest Website Design Trends for 2022

In the past, web design trends were all about making

MemberPress can boost Your Business

Having a membership website can be extremely beneficial. It can

Say HELLO to the fastest WordPress theme ever created

Elementor has been fondly known as the world’s best page 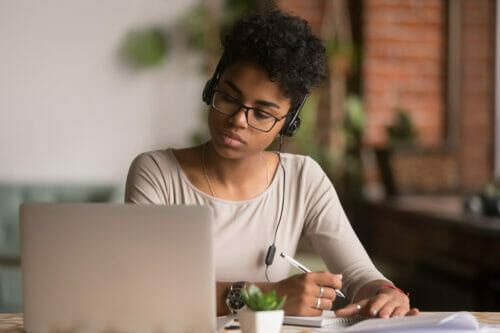 Which Learning Management Systems Are The Best For You

Learning Management Systems or LMS are becoming increasingly popular and

LOOKING FOR A DESIGN AND DEVELOPMENT PARTNER?